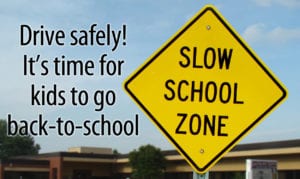 It’s an annual tradition for many: lugging the kids around for clothing and other supplies at back-to-school time.
But it’s also big business, with this time of year ranking only behind the holidays for spending. In a survey conducted last year by the National Retail Federation and Prosper Insights and Analytics, total spending for K-12 and college combined was projected to reach $82.8 billion.
A story out of Denver reported that back-to-school spending had surpassed Christmas shopping for a number of retailers there.
Families with children in elementary through high school planned to spend an average $684.79 each, while college students and families of those in college planned to spend an average $942.17 each.
In an era dominated by tech, it was an old standby that nevertheless ruled the day. Families spent the most on clothing. NRF posited that gadgets have become such a staple in everyday life that they are purchased year-round now rather than being an item that consumers save for and buy at a certain time of year.
Consumers also start fairly early, at an average of three weeks before school begins. This can make for a lengthy retail season, as the start of the school year varies by about a month across the country (anywhere from the beginning of August to the beginning of September).