Fathers In Film Have Changed Over Time 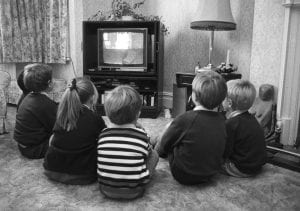 It’s the month that celebrates Father’s Day, which makes it a good time to reflect on the ways fathers have been portrayed on TV.
Dads have traveled quite the route, starting with the 9-to-5 businessman who steered the household, steady and secure. The family around him provided most of the antics, while Father was the straight man — think Ward Cleaver in Leave it to Beaver.
Then there was Andy Griffith, which introduced a single father into the mix. The widowed and wise Griffith was sheriff of the sleepy town of Mayberry and had a young son, Opie. As good a guy as he was, however, Griffith still needed a woman’s influence and help in raising Opie; he lived with his Aunt Bee.
By the 1970s and 1980s, TV saw a mix of fatherly styles, from the ranting Archie Bunker of All In The Family and the put-upon George Jefferson of The Jeffersons to the more serene Mike Brady (again, a widower) and the blended family dynamics of The Brady Bunch. There was also the dual income family with Heathcliff Huxtable as the goofy-but-paternal father in The Cosby Show.
The 1990s brought us the bumbling, even somewhat miserable dad — with Al Bundy arguably kicking off the genre in Married With Children — and the clueless guy. It also introduced the uncle who steps into the father role, with Uncle Phil in The Fresh Prince of Bel-Air.
Fast-forward to the 2000s and we’ve got a mix, including same-sex couples (Modern Family), stay-at-home dads (Parenthood), and wisecracking but lovable dad of The Last Man Standing.