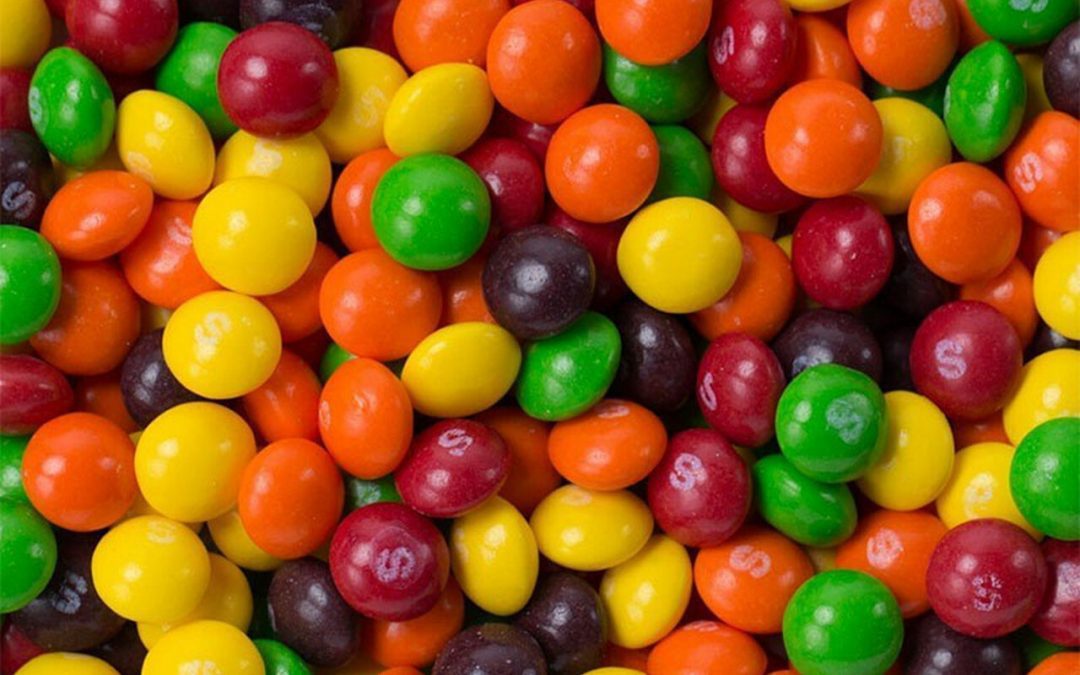 If you go trick-or-treating this year, there’s a good chance that Skittles will end up in your bag. According to CandyStore.com, Skittles are the most popular Halloween candy.
Skittles, like other candies, are sold through style as much as taste, and the marketing maneuvers can be startling.
In 2019, Skittles did something no other candy or even any other product has ever done. It charged people $200 to see them make an advertisement.
Skittles could have poured millions into Superbowl ads in 2019, but instead, it staged a full blown Broadway musical, generating tens of millions in free media and snubbing the Superbowl altogether. Skittles staged the “Skittles Commercial: The Broadway Musical” during the Superbowl itself. Like a Russian nesting doll, the musical follows the main character’s efforts to put together a musical Skittles advertisement.
And rather than shelling out millions for air time, Skittles charged patrons $200 per ticket. Talk about cost-effective marketing.
Skittles did put together an ad for the 2018 Superbowl. But they live-streamed it exclusively to Skittles superfan Marcos Menendez. The general audience could only tune in to watch his reaction. This campaign led to 1.25 billion integrated impressions as folks tried to get in on the secret.
Butterfinger is another popular Halloween candy brand that leveraged clever marketing. Back in 2012, the brand launched BARmageddon, claiming that Butterfingers were inexplicably disappearing from store shelves. Meanwhile, a mysterious QR code popped up in a cornfield in Kansas.
In 2020, Butterfinger deployed “detectives” to hunt down Butterfingers that were, once again, going missing. Knowing that some adults steal their kid’s Halloween candy, Butterfinger encouraged them to make digital confessions for a chance to win $25,000.
Kit Kat candy bars are said to have become one of the world’s favorite treats by mere word of mouth. Nestle says that 650 bars of Kit Kat are consumed every second around the globe. The Nestle brand engages in what they call moment marketing. When a social media user tweeted her love for Kit Kat and Oreo, Kit Kat posted an image calling for Tic Tac Toe game with Oreo. They put their X made of chocolate wafer bars into the middle square, of course, pretty much guaranteeing a win over the Oreo O.
Meanwhile in 2013, Kit Kat made a legendary business deal with fans at Google. Seems Google engineers love Kit Kat and they proposed to name their Android 4.4 operating system Kit Kat. A simple handshake did the deal and no money changed hands, but Kit Kat did make 50 million special bars branded with the Android logo.