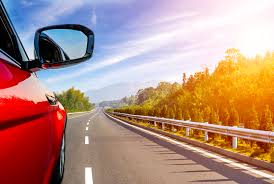 Welcome to June, when thoughts turn to vacations. School vacation, work vacation, whatever — it’s summer and it’s time to chill. Or travel.
Looking for something fun to do this month? Here are some events to fire up your brainstorming and kick off the summer season:
Chicago Blues Festival. This free three-day event takes place June 7-9 at Millennium Park and celebrates the history of blues in Chicago with live performances on six stages by local and national artists.
Bonnaroo Music & Arts Festival is June 13-16 in Manchester, Tenn. The event features more than 150 musicians and performance artists on 10-plus stages along with art, events, a 5k, and education about sustainability.
The U.S. Open Golf Championship is June 10-16 in Pebble Beach, Calif. Will Tiger Woods win another Major after his dramatic win at the Masters?
The Belmont Stakes, the third leg in the Triple Crown of horse racing, is June 8 at Belmont Park in Elmont, NY.
Firefly Music Festival is June 21-23 in Dover, Delaware. A music and camping weekend, the lineup includes Panic! At the Disco, X Ambassadors, Death Cab for Cutie, Travis Scott, Vampire Weekend, and dozens more acts throughout the weekend.
The South Carolina Festival of Flowers is in its 52nd year and will be held June 7-9 in Greenwood, SC which kicks off a month-long calendar of events. Likewise, the Mackinac Island Lilac Festival in Michigan runs June 7-16 and is in its 71st year. Events include tours, a 5k, parade, and kite-flying.
The Saratoga Balloon & BBQ Festival is June 21-23 at the Saratoga County Fairgrounds & Expo Center in Ballston Spa, NY.