Spring Break Should Be Fun, Not Dangerous 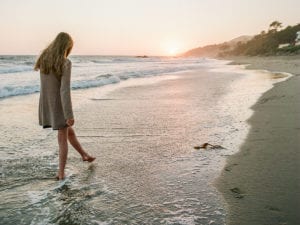 Spring break is almost here again and for many college and university students, a weeklong vacation will not only mean a break from their studies but also a chance to get warm. Far from being about sunbathing retreats, though, spring break has evolved into a ritual of non-stop parties in the sun during which more than a million and a half students each year indulge.
According to the American Medical Association, however, a large percentage of college students say that they drink heavier than usual on Spring Break and that partying often led to unwanted sexual activity. For many young people who travel to places like Mexico, Florida, and the Dominican Republic for the mid-semester break what starts off as fun quickly leads to a loss of self-respect and in some cases, even a compromised future.
A study by the American College of Health found that during Spring Break, males had an average of 18 drinks a day, while females consumed an average of 10. Binge drinking is one of the top dangers associated with the mini-break and is responsible for a spate of unintentional injuries including alcohol poisoning and even death.
Apart from watching alcohol consumption, it helps for kids to know the symptoms of alcohol poisoning. Slow and irregular breathing, vomiting and severe confusion are all signs that an intoxicated person needs to be taken to the emergency room. Women shouldn’t consume more than four drinks in a two-hour period and men no more than five to reduce the risk of symptoms related to binge driving.
Alcohol consumption also goes hand-in-hand with lowered inhibitions. Unprotected sex could lead to chronic conditions like herpes and hepatitis that require lifelong medical treatment.
Guys are at particular risk of being accused of unwanted advances to an intoxicated woman. Being accused of rape is a life-altering event. It only makes sense to get intimate when both parties are sober.
Even if you manage to come out physically unscathed there is emotional fallout if you participate in activities you normally would not. Stripping as a female also comes with the risk of ending up in a viral video caught on someone’s mobile phone. Digital photos and videos that end up on the Internet have a virtually infinite lifespan. Would you want your mother or future employer to see what you are doing? Remember that in today’s world, few things are private and none of those things are private if they happen on a beach.
Do not take drugs from strangers. Never possess drugs in a foreign country; this is no joke. In places like Jamaica and Mexico, drug possession can come with some harsh and inflexible penalties and the last place you want to end up on your vacation is in a foreign jail.
173.txt