Exotic History Of What Makes Up “Pumpkin Spice” 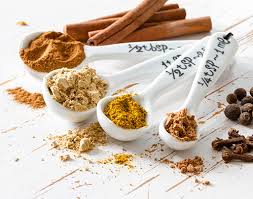 The spices that make up the famed pumpkin spice or pumpkin pie spice have nothing to do with pumpkins, but they have a lot to do with history.
The ingredients — more or less — for pumpkin spice include: Nutmeg, cinnamon, allspice, cloves, and ginger.
In the 15th century, these spices were worth more than gold to Europeans. Middle Eastern and North African sailing cultures had a monopoly on these spices (except for allspice). They kept their spice sources top secret, weaving tales of exotic locations guarded by terrifying snakes, and they became fabulously wealthy.
But, the economics of the spice monopoly failed as the price of buying spices soared 32,000 percent. That made hunting for the secret islands financially viable. So, Europeans set out to find the spices.
In 1492, when Columbus sailed the ocean blue, he was looking for spices, not gold. Famously, Columbus didn’t find the spice of the Indies, but others did. By the 16th century, the Dutch and English monopolized spice markets.